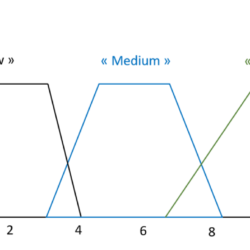 The concept of fuzzy logic was proposed in the 1960s by Lotfi Zadeh, an Iranian mathematician and computer scientist, to tackle the limits of good old classical logic. Which limits are we talking about? Let’s take a first very simple example on the temperature of the water that flows when you take a shower. If Read more about Fuzzy logic or the extension of classical logic[…]